Theory of Germs Was Pasteur wrong? 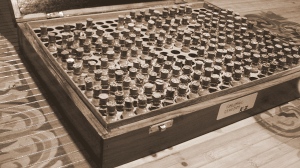 Why Louis Pasteur’s Germ Theory Is A Curse

In the late nineteenth century, Louis Pasteur’s “germ theory” became the medical paradigm, the controlling medical idea, for the Western world.  In its simplest form, the germ theory proposes that the body is sterile and that germs from the air cause disease.  The medical community started to look for the right pill to kill off the germ.  This concept became ingrained into medicine and medical research.  Most  research goes to looking for the right pill for a specific disease.

If new ideas concerning the cause of disease do not fit into this theory that airborne germs cause disease and the answer to illness is finding the right pill to cure the disease, then these new ideas fall on deaf ears.  Any paradigm, or group of ideas, is difficult to break into if the new ideas do not add to the original ideas.

The billion dollar pharmaceutical industry has taken away some of the symptoms and pain but has not found the answer to many infectious and most all degenerative diseases.  In the U. S., in spite of all the money, research, and volunteer hours spent, all major degenerative diseases are increasing per 100,000.   Diabetes is increasing at an alarming rate. Infectious diseases are also on the rise.  Every year, old symptoms are given new names-names like Herpes,  AIDS, Epstein-Barr virus, Candida Albicans, chronic fatigue syndrome, environmental  illness, and fibromyalgia – to make them appear to be the work of new germs. People live in hope that soon a magic pill will be found. Unless we turn this nonsense around, the list will only grow in the future.  The medical community and the individual must start looking at what is causing the illness rather than how to cure the illness.

The responsibility for health has been taken away from the individual.  If germs from the air cause disease then the medical community must find the answer.  The individual is not responsible.    What can we do to stop germs from the air getting in our mouths and our whole body?  According to the germ theory, we can do nothing for a cure or to stop the cause of disease.  There are always germs in the air.  We are breathing in these germs right now. Some of us get sick and some of us do not get sick.  For some of us who do get sick, the cold lingers for days.  Others of us seem to get well very fast. It seems a more logical explanation is that germs are allowed to cause problems in our body when we do not have a strong immune system.

In primitive villages today there are very few degenerative diseases but it they are coming.  As sugar and other processed foods arrive and people move into the cities, where lives become distressful, due to crime, pollution, drugs, and poor living conditions, degenerative disease becomes  prevalent.  When people do get symptoms, they  believes that pills and modern technology will heal them. Medical clinics pop up in the cities to help “cure” people with magic pills. They do not understand that they are creating this mess themselves  In order for germs and disease not to become a problem in our body, we need to take responsibility back for our health. There are parts of our twentieth century life style that could be causing us to suppress our immune systems. What we eat, think, say, do, and feel can affect our immune system, positively or negatively.  If we eat whole foods, do not let stress become distress, not let negative thoughts become a problem, and exercise,  then our immune system will be able to function well and germs will not be able to become a problem in our body.  Stop doing to the body what you did to make it sick and the body will heal itself.  Detoxify the body, give it the nutrients it needs and the body will be able to defend us against infectious and degenerative diseases.

Pasteur a bit more on this subject:

For many years, Pasteur has been looked upon as a founder and leader in serology; but it is always pertinent to look into the beginnings of any subject on which there is a difference of opinion, with the hope of finding the truth in the matter.

Lets show that the germ theory is false, and that illness was practically always due to errors of diet or manner of living, the germs being present solely as scavengers of dead and waste tissues and foods, and not as the cause of the disease.

However, the erroneous belief that germs cause disease and must be controlled or eliminated before it can be cured is so widespread as to close the minds of many people to any other ideas on this subject.

For this reason it seems that a thorough investigation of this idea, the grounds on which it is based, and even the bona-fides of those who started it on its way, is necessary before any sane ideas as to the proper treatment of disease can be widely promulgated.

When Miss Ethel Douglas Hume brought out Bechamp or Pasteur? in 1923, it appeared to be just the thing that would fill this gap and end the use of serums and other biologicals forever. But it is now 19 years since that book, which should have marked an epoch in the healing arts, appeared. It did not receive the attention it deserved in medical circles and, though it is now in its second edition,* the medical profession are pushing biologicals harder than ever.

Hence it seems appropriate to go over the subject in order to show the truth regarding the falsity of Pasteur’s ideas and claims to fame, and the fraudulent basis on which the germ theory rests, as was so well shown by Miss Hume in B«champ or Pasteur?, and to add other facts and statistics that support the idea that the germ theory is false, in the hopes that it may receive wider circulation and more general attention, and possibly lead to a complete overhauling of the question of the treatment of disease, especially regarding serology.
students memorize that Louis Pasteur “discovered” the Germ Theory. Not only is this not accurate, and not only is the Germ Theory itself unsubstantiated even today, but Pasteur himself in one of the most quoted deathbed statements perhaps of all time, recanted the Theory and admitted that his rivals had been right, and that it was not the germ that caused the disease, but rather the environment in which the germ was found: “Bernard acail raison; le terrain c’est tout, le germe c’est rien.” 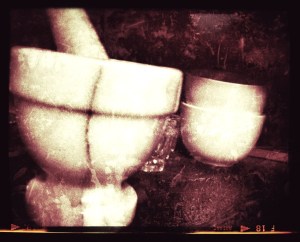 What exactly was this Germ Theory? Very simply, the Germ Theory stated that there were separate diseases and that each disease was caused by a particular micro-organism. It was the job of science, then, to find the right drug or vaccine that would selectively kill off the offending bug without killing the patient.

That would be great, but nature rarely is so black and white about things, ever notice that? For one thing, bacteria and viruses tend to be “environment-specific.” That’s why some people get colds and others don’t. That’s why some survived the Bubonic Plague. That’s also why some doctors and nurses seem to be immune to disease even though they’re surrounded by it every day.

Deepak Chopra tells us of a study in which the influenza virus was isolated and implanted directly onto the mucous membranes of a group of subjects, with only 12% of them getting the flu. (Quantum Healing)

The Germ Theory has as many holes as a Swiss cheese, and it is likely that Pasteur knew it. But a little research shows us that Pasteur had a gift for PR. He rarely let his research keep him away from an opportunity to address royalty or medical society in the most prestigious university settings. He was quoted and published and offered practically every honorary title and chair in Europe. The records however not only cast suspicion, but seem to establish fairly clearly that Pasteur “borrowed” the research for some of his most famous discoveries, and then capitalized on the celebrity of being there first.

4 responses to “Theory of Germs Was Pasteur wrong?”