You can find the original interview here; http://www.hpathy.com (January 2016) 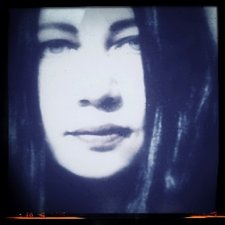 I suppose we have to define what autism is.  Autism is a spectrum of mental and physical disorders, often including seizures, obstinate behavior, stubborn adherence to rituals, fixations, violent behavior, screaming, tantrums, hyperactivity, inappropriate or lack of communication with others, developmental delay, and so on, caused by inflammation of the brain.  Would you agree?  As I understand it, according to the CDC, 1 in 68 children in the United States is autistic and 1 in 6 has a learning disability.

Do you know what the figure was for the mid ’70’s?  I have heard it was 1 in 2,500, I have also heard 1 in 5,000.  What does the medical profession say is causing this bizarre outbreak among children?

The allopathic medical profession has no clue what is causing autism; it’s either that or they just have their head in the sand and don’t want to know.  Each time a parent questions them they get a generic answer, “It’s in your genetics, your child was born with the gene.”

That’s exactly what I’ve heard, “You have the gene!”  But, this is their answer for everything including high blood pressure, cancer and almost any other disease you bring up to them! “It’s your genes, you have the gene!”  This shields them from ever having to take responsibility for their own role in these diseases, their toxic treatments for everything under the sun; or, the role played by their corporate allies in the processed food industry, the bio-tech industry, etc.

From the perspective of a homeopath, it is beyond obvious!  Homeopaths search to find a “causal factor” in every case they treat, and it often points to a drug or vaccine.  “Never been well since vaccination.”

Not sure of the numbers of autistic kids in the 70’s but it increased by leaps and bounds when they added more vaccines to the schedule around 1986.

That’s because in 1986, the pharmaceutical industry won immunity from prosecution with regard to vaccines!  They successfully lobbied Congress, the result being that they CAN’T BE SUED.  The government covers Big Pharma’s a** with tax-payer dollars.  After this major coup, the vaccine schedule increased by leaps and bounds, because, again, they can’t be sued, and hence, the vaccine schedule is now off the charts!  (If you are injured by a vaccine, you have to go to “vaccine court”, part of Health and Human Services.  If you are deemed to have been injured, the drug company is held harmless and the government pays for your injuries.  So far, “vaccine court” has paid out over 3 billion dollars in damages!)

Autism Spectrum Disorder covers everything you mentioned above and I believe it’s one in every 37 kids at the moment. The planet is toxic: environmentally, the soil, the sky, the air we breathe, the water we drink and all the pharma pills swallowed, and inevitably, the immune system is failing.  The nail in the coffin are the highly toxic vaccinations.  Elaine, here’s a vaccine insert naming autism as a side-effect of the DTaP shot, aka, “Tripedia”:

Is this as close as the medical profession gets to admitting autism is a side-effect of vaccines?  Well, there it is!  Meanwhile, let’s look at this whole list of horrendous “adverse events” and ask ourselves how these vaccines can possibly be labeled as “safe”?  Aside from autism, we have: Idiopathic Thrombocytopenia Purpura (ITP)–another disease on the rise in children that never used to exist on a mass scale.  (You have no IDEA how many parents of ITP children contact me); SIDS–that’s sudden infant death!  Anaphylaxis–that’s a life-threatening allergic reaction.  Cellulitis–that’s a very painful skin infection!  Convulsions–I think we all know what they are… Encephalopathy–that’s brain damage; Neuropathy (nerve damage)…. It’s insane!  How does this get appoved by the FDA, on what basis?

OK, so let me ask you, CEASE therapy is based on the book Autism, Beyond Despair: CEASE Therapy by Tinus Smits, MD.  He postulates that it’s not just vaccines causing autism, as we originally thought, but rather any number of drugs the child has taken, even drugs the mother got during childbirth, isn’t that right?  Dr. Smits is saying, you have to “antidote” all these drugs by giving them back to the child as homeopathic remedies.  Do I have it right so far?  My question is, your average child has been given sooooo many drugs and soooo many vaccines, where do you start?!  Do you do “reverse order”, a la Hering’s Law, i.e., last drug comes first?

GT; Yes it’s the same.  Work in reverse order but only if a pharma drug or vaccination is showing symptoms.

EL; That’s just it, Gina, no one knows which drug or vaccine is responsible for the symptoms because kids are given drugs all the time!  Typical situation: mother brings autistic 4 year old to you.  He’s had all the vaccines, Tylenol for fevers, antibiotics for ear infections, seizure drugs for seizures, some of these kids are on anti-psychotics, then there’s the epidural and Demerol the mother had during labor, not to mention all the ultrasounds…

GT; Yes all these drugs are prescribed in potency from 30C to 10M.  By careful casetaking the homeopath can weave her way through the Maze of toxins taken by these children, and that’s why not just anyone can be certified.  I have had many parents ask me “can I take the CEASE certification course?”….. It’s not as simple as just taking the course; a trained background of classical homeopathy is a must.  The constitutional remedy of the patient is used in the cease protocol too.

Is there some trick to weaving your way through the maze of toxins taken by these children? (And as you know, in some cases, they’re still taking them!)  I have personally heard parents say, “Everything went bad after the MMR.” I tell them to order MMR 30C, the parent gives the remedy, and nothing happens; which, of course, is disheartening!  Then you’re thinking, what does this mean?  Was MMR 30 given “out of order”?  Do we literally need to go backwards from the last drug taken?  Was MMR just the straw that broke the camel’s back? Or, should we assume that 30C was too low a potency?  Or do you need to give the constitutional remedy first?  In other words, how often is getting results just a matter of luck in these cases?

A loaded question: firstly the potency has to be correct and has to be given for as long as there are still symptoms, then a “clearing” is given by using the next highest potency, this also should be given until symptoms stop, it may be one week it may be two months everyone is different .  The lower potencies normally address the physical symptoms, higher potencies address the mentals so all 4 potencies are used in the cease protocol.  Not just one used one time but repeatedly; a trained classical homeopath knows what to look for if and when these aggravations stop.

The potentized vaccine that should be used to detox has to be the exact batch from the same country, as not all MMR vaccines are the same.  The parent has to go back to the doctor and ask for the specific lot number.  A specialist homeopathic pharmacy makes these CEASE remedies, it’s not the same vaccine Isodes that you get at, say, Hahnemann Labs in California.  Totally different!  Before I was a CEASE therapist, I tried using “generic” isopathic remedies ….. it was a useless waste of time.

EL; Mama mia!  You need the lot-number?  Do doctors even make a note of that in your chart? Will they even give you that information if you ask for it?  So you’re saying that if I order DPT 30C from Ainsworths or Helios Pharmacy in England, it might not even help?

GT; Yes that is what I am saying, Elaine!  The exact energetic imprint has to be similar not sort of the same.  And yes all parents have access to their own children’s health records it’s the law. Also what is important is to open the elimination channels prior to isopathics (the vaccine/drug remedies).  This means via the bowels, via skin the toxins locked in the body need a path out, most kids that are vaccine damaged have some sort of skin imbalance and digestive issues, I am sure you have noticed this.  It comes down to this: if the elimination paths are not wide open, the child will not detox.

EL; Holy cow!  Yes, I’ve noticed they all have digestive issues, they’re all addicted to junk food or have the worst diets imaginable and are very rigid and you can’t steer them towards healthier foods.  How do you open the elimination channels?

Classical Homeopath, Certified CEASE practicioner Los Angeles,Calif,USA www.ginatyler.com END_OF_DOCUMENT_TOKEN_TO_BE_REPLACED
This entry was posted on Tuesday, May 9th, 2017 at 12:10 and posted in classical=homeopathy. You can follow any responses to this entry through the RSS 2.0 feed.
« WARNING Cipro antibiotic adverse effects
Modern medicine is a disease »